Izzy Obeng, from Tottenham, launched Foundervine to diversify entrepreneurship in the UK.

The UK tech start-up world isn’t known for being especially diverse, but the statistics will probably still shock you. Only a quarter of start-up businesses in the UK have a woman in their founding team, according to government research from 2018, and just 13% of investment went to female-founded businesses that year.

Meanwhile it’s estimated that just 5% of small and medium size businesses in Britain are led by someone from a Black or minority ethnic background in Britain.

Looking at Europe as a whole, according to Atomico’s “State of European Tech” report from 2019, less than 1% of company founders identified as having Black, African, or Carribean heritage.

Izzy Obeng, a 27-year-old who grew up in Tottenham, north London, wanted to do something about this. Most of all, she wanted the exciting opportunities coming out of the UK’s burgeoning start-up scene to reach her marginalised community.

So she set up her non-profit, Foundervine, with a few other people who were equally frustrated about the industry. They run intensive training workshops and provide mentorship, so that young people from under-represented backgrounds can develop their ideas and build success.

Obeng spoke to Global Citizen about how she managed this, and what advice she gives to school and university leavers who dream of running their own company. 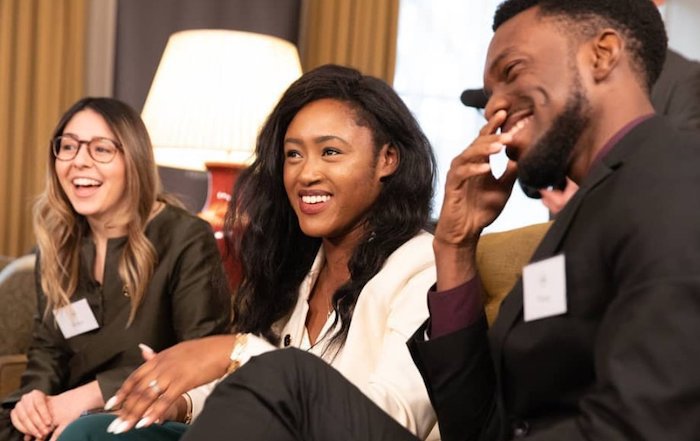 Where did the idea for Foundervine come from?

I grew up in Tottenham and I knew a lot of people who had a lot of entrepreneurial energy. But I could see what was happening around there, and what my brothers were being pulled into. It concerned me, even at a young age I knew something had to change.

There were issues with police violence and a lack of access to opportunity. It all came to a head in the 2011 riots that started in Tottenham. It was right on my doorstep.

It made me become a lot more politically aware, and I chose to study politics at university. I wanted to become an MP [Member of Parliament] and change things but I got to university and realised that more could be done through entrepreneurship to make changes in communities.

I ended up getting into management consulting, focusing on building talent programmes for young people. I was coaching a lot of people on the side, women of colour mostly, who were interested in entrepreneurship but didn’t have many meaningful opportunities to test their ideas.

That’s really where the idea for Foundervine came from — going to a lot of start-up events and often not seeing anyone who looks like me, speaking to other frustrated people who joined me.

France leads criticism of US ‘attack’ on ICC