MINNEAPOLIS  — There were cheers and screams and “happy tears” for one of their own, and unending delight for what many saw as an “Only in America” story.

Sunisa Lee captured the women’s all-around gold medal at the Tokyo Olympics on Thursday, a triumph that wowed all of Minnesota but carried special resonance in the state’s close-knit Hmong American community, one of the largest in the United States.

“I can’t find the words to express how happy we are, how important that was to me and my family and to the whole Hmong community throughout the world,” John Lee, father of one of the brightest lights now in Tokyo, told The Associated Press. “We never expected gold, but she came through. She did it.”

That she did, and dozens of her family and friends gathered early in the morning at a suburban St. Paul event center to watch the gymnastics broadcast from Tokyo.

Sunisa Lee got an opening when reigning Olympic champion Simone Biles withdrew from the all-around competition to focus on her mental health. There was nervous silence at the watch party as Lee turned in a brilliant set on uneven bars, a nervy performance on beam and a well-executed floor exercise. 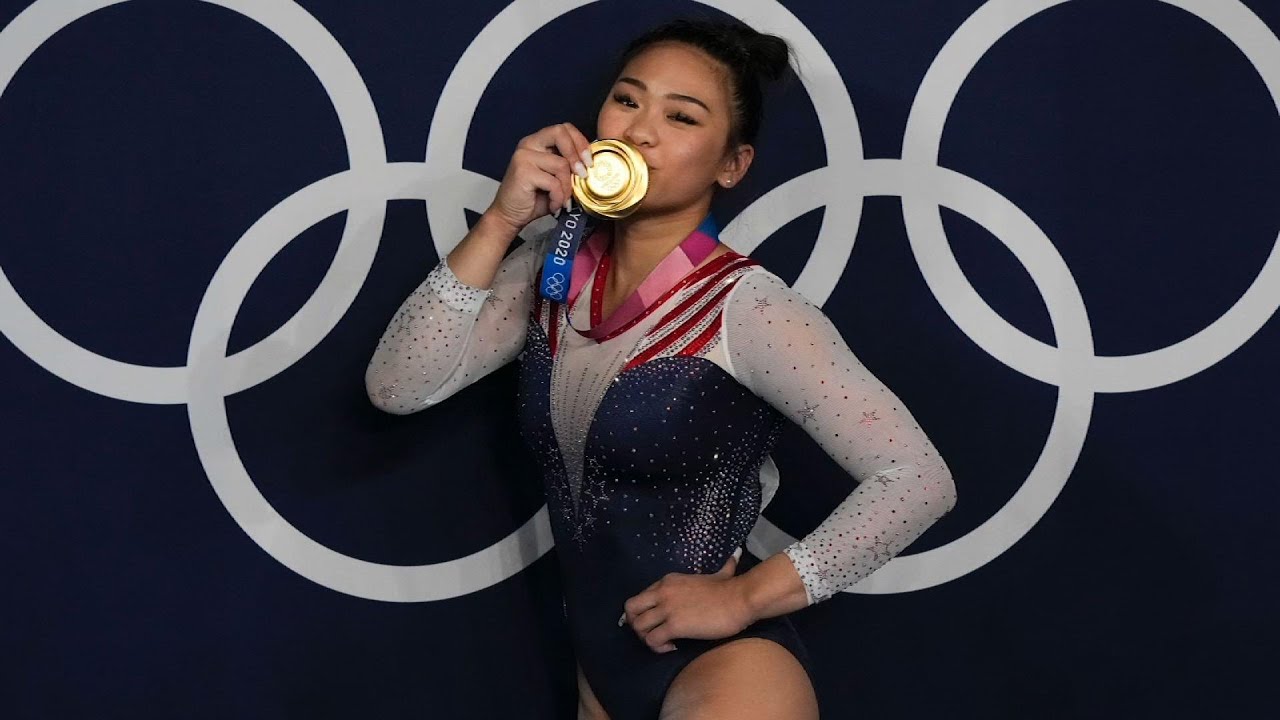 When Rebeca Andrade of Brazil stepped out of bounds twice during her floor routine, John Lee said, everybody knew his 18-year-old daughter would soon be bedecked in gold.

“It was neck to neck going to that last event, and when she pulled it off, my mind, just oh my God, is this really real?” Lee said. “And when we saw that she won, it, I couldn’t even find the right words to say how happy, how proud I am of her. … I never cry, I try not to in front of people, I do deep inside, but I don’t want to show it to the world. … My daughter cried, my wife cried … happy tears.”

Puner Koy, who coached Sunisa Lee for several years when she first came to Midwest Gymnastics in the St. Paul suburb of Little Canada, caught part of her performance at the watch party. Then he had to leave for the gym to work. He said he could barely hold back his tears on the drive. He recalled her trying out at age 6 and called her a “phenom.”

“Immediately there was tremendous talent, you could see the strength to bodyweight ratio was quite evident,” Koy said. “She had a certain fearlessness about her.”

Lee was a quick study. The coach said she often went from learning a skill in a drill to doing it on an apparatus the same day. He described a particular aerial on the beam that Gabby Douglas did at the 2012 London Olympics. Lee replicated it at age 8 or 9 on the beam her father built in the family yard.

Also at the celebration was state Rep. Kaohly Vang Her, of St. Paul, whose daughter, Ayden Her, trained with Lee at Midwest Gymnastics for 10 years. Her said the girls in the group, who have stuck together over the years, were all elite athletes — Ayden Her will be a diver at the University of Minnesota this fall. But Lee, she said, was “special from the minute you saw her.”

Many Hmong, who fought for the U.S. in Laos during the Vietnam War, resettled in Minnesota. Patriotism runs deep in the community, fueling the joy over Lee’s success. Her said that’s because the Hmong were oppressed in every other country where they have lived, including Laos and China, and sought opportunity in America.

“Every other Hmong person who has done something as a first is literally living out the dreams of our ancestors,” she said.

Lee Pao Xiong, director of the Center for Hmong Studies at Concordia University in St. Paul, notes that Lee is the first Hmong American to go to the Olympics. He said the only other Hmong athlete to do so was a gold medalist on the Chinese weightlifting team in 2008.

Lee’s progress highlights a cultural and generational shift among Hmong American families, who traditionally emphasized education as a way out of poverty and attached little value to sports. But the Lees are athletes. Her father, who served in the U.S. Navy, said he was active in sports growing up.

“All three of my girls can do backflips, none of the boys can,” the father said.

Several local Hmong leaders said Lee’s victory shows sports can be a path for this community.

“Our parents always pounded it in our heads to study — extracurricular activities are playing,” Xiong said. “I think Sunisa demonstrated that it will lead to something if you work hard at it.”

Sunisa Lee is bound next for Auburn University, and community members are raising scholarship money for her. John Lee hopes she’ll compete in the 2024 Paris Olympics, but now is not the time to decide.

mily event … she worked so hard, she had no friends outside school and just a few in gymnastics world,” he said. “We’ll see when she comes home.”

Nigerian athletes disqualified from the 2020 Tokyo Olympic Games hit the streets of the Japanese capital in protest on Friday.

Ohanaeze Ndigbo Youth to PDP: No Igbo presidential candidate in 2023, no votes